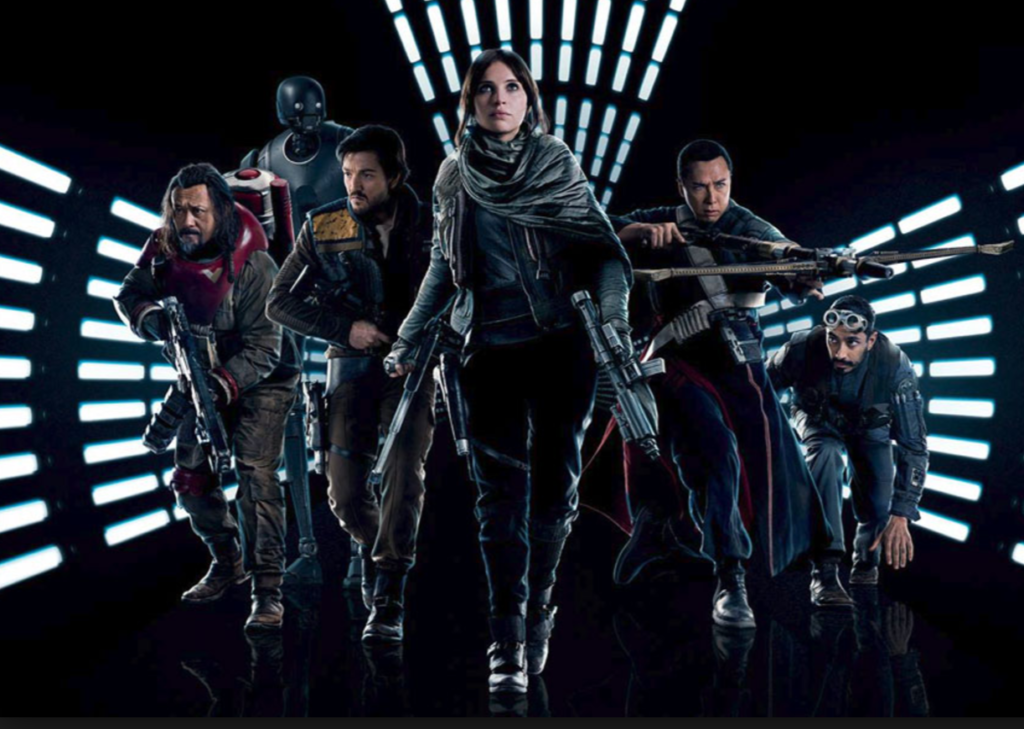 A not so long time ago in a movie theater pretty close to Michigan Avenue, I was invited to a special “media screening” of Rogue One: A Star Wars Story, you know the new Star Wars movie, kind of.

All the local Chicago media big wigs were there and me? Not sure how that happened, I just keep my mouth shut and don’t ask too many questions.

We are not allowed to share much about Rogue One, because it opens in theaters this Friday, December 16, 2016 and it would be super uncool to spoil anything about this new addition to the Star Wars family.

Here’s what I can share. Don’t by any means drink a massive soda or water or fruit punch during the movie, you will regret it, as I quickly learned. There aren’t a lot of good “sneak away” moments where you can answer the call of nature. So if you are insane enough to drink the Super Sized bucket of Coke, you will find yourself squirming in your seat, sizing up that empty bucket as a possible landing station for your bladder dump(my word not a new character in the movie).

The movie is “that” good. Going into the theater I realized I didn’t know a thing about Rogue One and that  made the experience better. As Super Nerd Wil Wheaton Tweeted after seeing the World premiere “The last time I loved a Star Wars movie as much as I loved Rogue One it was 1977.”

Pretty close. I would put Rogue One in the top 3, the original Star Wars still being the film that took my breath away, The Force Awakens and then a close third, Rogue One.

Unlike “other” members of the Star Wars family, Rogue One had an amazing script with a holy crap story line, written by Chris Weitz, who also wrote American Pie (second best poop scene in movie history). Rogue One was directed by Gareth Edwards, who knows how to weave visual effects and actors together to tell a complete story and not, well, Jar Jar Binks.

Rogue One: A Star Wars Story in short, is the story of the Death Star. That’s all I am going to tell you.

Oh and a quick SPOILER ALERT!!! There are no additional scenes at the end of the movie, so if you did in fact drink the Super Big Gulp and need to get to the potty, you are not missing anything, EXCEPT the coolest name in the credits Felix Pickles, who was an assistant camera man and must make Mr. & Mrs. Pickles very proud. Nope, once the credits roll the movie is done and you can catch your breath.

Felicity Jones will do to this generation of little boys what Princess Leia did back in 1977. Diego Luna is sexy and strong and the new droid K-2SO almost makes you want to forgive the Star Wars peeps for Jar Jar, almost. Madds Mikkelsen the guy who played Hannibal and super bad guy in Dr. Strange, he is a good guy. Doesn’t rip one face off or eat a spleen.

Rogue One is  action packed with a few “talky” parts, which didn’t seem to bother the many critics chatting about the movie, after the movie. It sets things up, gives you a breath and gets you ready for “more.”

While there are a few “violent” parts, it’s not scary or gross. Edwards does an amazing job with light, reactions to the situation and basically cutting away at the right moment, so if you are thinking about bringing the younger kids, go for it.

Again, not giving anything away, but trying to predict this movie is like trying to predict President Trump’s cabinet, it’s only gong to leave you confused. Let the magic of the writing and story telling take you away on a wild ride that will leave you smiling and glad that you went to se Rogue One: A Star Wars Story. 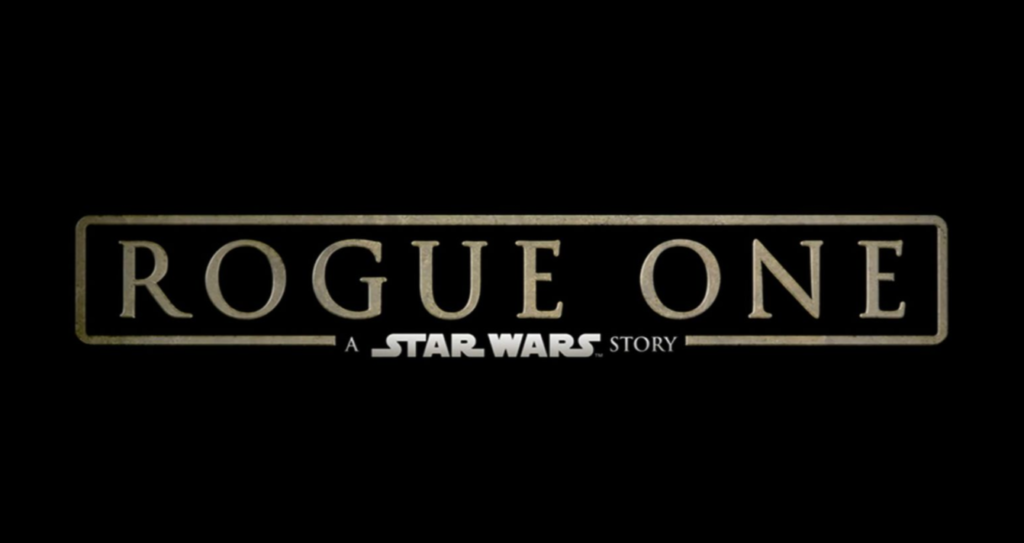