When a company usually announces something is new and improved, it normally turns out to be more hype than anything else, when Monster Jam announced they were changing everything, it left me skeptical on what “exactly” was going to be different? Quick answer, everything and it’s pretty darn amazing!

As veteran Monster Jammers, “the boy” and I have been three times, we were taking his buddy and his dad who were newbies and didn’t know what to expect. As we were driving to the All State arena in Rosemont, I told the dad, “they do a time trial, a wheelie contest, free style, in-between a bunch of guys on ATV’s race and do tricks,” because that’s what the last three years of shows have been.

Not anymore. More Monster Jam has changed literally everything, making it better from beginning to end. We arrived about a half hour early and immediately you can see on the screen that the drivers, who they now call “athletes” are younger, in better shape and full of competitive energy. Colton Eichelberger, the driver of Grave Digger is 18 years old! He comes from Monster Jam royalty, son of Tom Meents and would make the “old man” proud, cuz’ he drives “Digger” like he “stole it,” fast wild and ready to take on anything. 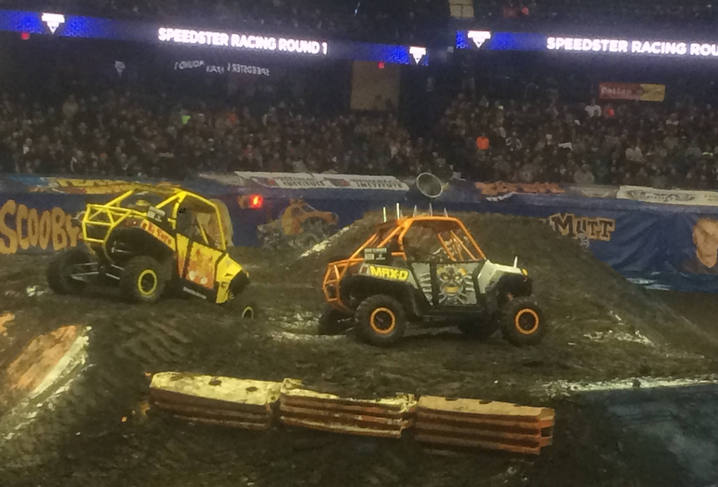 Gone are the older announcers, hawking a auto parts school, replaced with young, energetic and attractive announcers who never stop moving through the crowd, running up to the athletes (drivers) and doing with ever it takes to engage the crowd.

Gone are the random guys on ATV’s racing around in a circle, replaced by non-stop action from the athletes who operate the Monster Trucks. They are no longer “just racing” the big trucks, but have races in mini- Monster trucks that are fast, full contact and intense, as they smash into each other racing towards the finish line.

But wait there’s more! There is no strolling around in your racing suit, the athletes are constantly transitioning from one thing to another, with little breaks in-between. Just when you thought you have seen it all, they also have Monster Truck branded ATV races, with the drivers tearing it up as they weave though an insane multi-turn obstacle course, that is ripe for collisions and competition.

NOTE: Dear Feld Entertainment, can I please send my pay checks directly to you, because now “the boy” wants a Blue Thunder mini-truck that we can drive to school…“pllllleeeaaaassssseee dad, pllllllaeeeaaassee!”

Girl Power reigned supreme on Thursday night, Bailey Shea Williams (Scooby Doo) beat the “boys” in the full contact ATV race and then Becky McDonough (El Toro Loco) had an epic wipeout, that would leave most people laying in bed. Once the tow trucks flipped El Toro Loco over again, she was “thumbs up and ready to go again.)

More Monster Jam delivers on all of the old marketing clichés: better than ever, new and improved, leave you wanting more. It does it all. 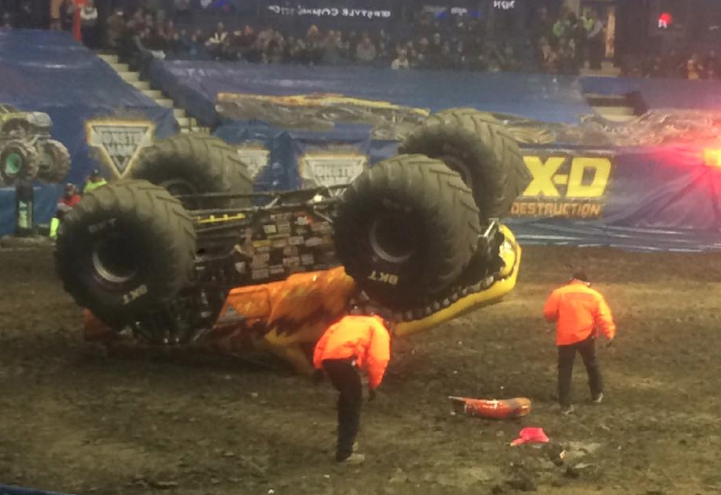 Saturday through Sunday there are 4 shows at the All State Arena in Rosemont. Don’t miss out on More Monster Jam!