Earlier this week DAD was in LA learning about the Frozen Blu-ray(March 14th) and Saving Mr. Banks Blu-ray release(March 18th) as well as the Pirate Fairy release(March 27th, awesome movie).

Visiting LA, you get used to people freaking out over seeing a celebrity of one kind or another, it’s part of the deal.  However when you’re having coffee with the guy that people are freaking out over, it’s a little different. 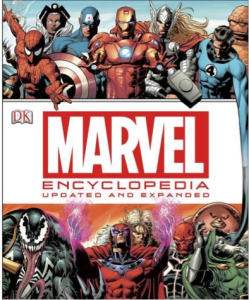 That’s what happened when DAD was sitting with Matt Forbeck author of The Official Marvel Encyclopedia as well as  Monster Academy-I Will Not Eat People, Magic: The Gathering comic book, the MMOs Marvel Heroes, Ghost Recon Online, the novel The Con Job, based on the TV show Leverage, as well as the Dangerous Games trilogy of thrillers.

As I sat with Matt, who I knew as the guy with five kids, a mom blogger came running up and squealed “are you the Matt Forbeck my husband and I love you sooo much! Can I please take a picture with you, he will never believe I met you!”  Followed by general gushing and kveling (look it up).

This scenario happened a few times, like when we were in the Disney store and the employees rushed him, literally begging him to sign copies of his book that they had on the shelves.  While other bloggers were taking selfies with Olaf, Matt was quietly signing away in the corner.

If this kind of thing didn’t happen, you would never know how accomplished he is.  Matt would much rather talk about his kids, his family and home, than the award winning video games he has designed, the toys he helped develop or the 27 novels he has published.  His easy going temperament is  contagious, it makes you want to be nice just by standing near him. I have a tendency to lean towards the sarcastic (big surprise), but around Matt, I found myself wanting to be good and humble! Crazy! 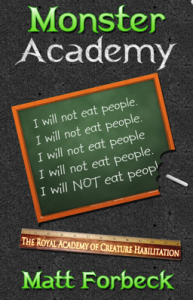 His humility in a world of humble brags is refreshing and makes Matt someone special. While he has plenty to brag about, Matt genuinely walks softly and carries a big as$ stick.

While we were in the Disney Archives, Matt’s book was on the shelves in the same room with the original recordings of Walt Disney and that lady from Mary Poppins, yet he had no idea it was there!  Most people would have been taking selfies, posting on Facebook and Tweeting the heck out of it, Matt, walked right by it telling me about how his oldest is getting into Pink Floyd.

Though he has worked for just about everyone, doing just about everything, the thing Matt is proudest of is his family, about being a father to his many children and husband to his wife.

Matt Forbeck  is a dad who is literally at the top of his game and also one of the coolest most loving and humble dad’s I have ever had the pleasure to meet.  Pretty much the opposite of DAD.  He is also a guy I am now happy to call a friend and dad who deserves a shout out, so show Matt your love.