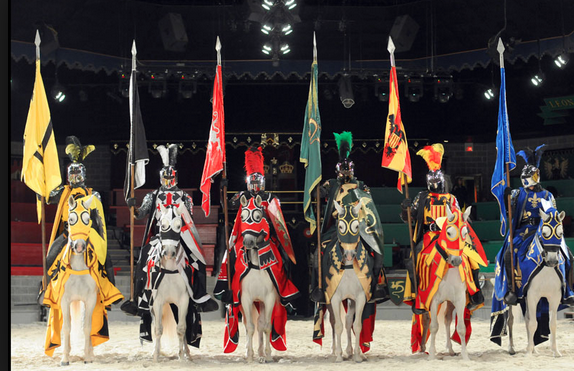 Did you know there was “stuff’ beyond Ikea as you head West on I90? I’m not kidding there’s homes, business and even things to do that don’t involve crowded parking lots and Swedish meatballs! 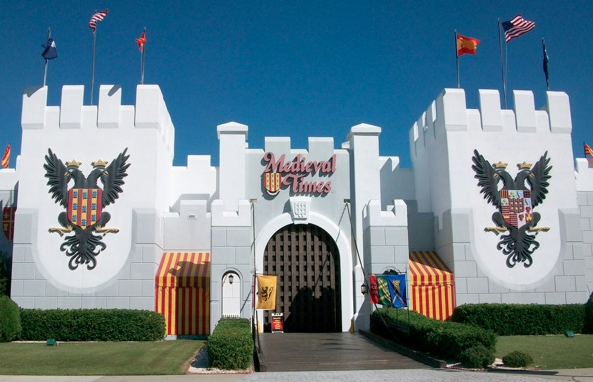 I know it sounds like a “line,” however we put Medieval Times to the test with all three kids and the results were smiles, sheering, laughing and even a hug from the crabby teenager!

Medieval Times isn’t a “boy thing” or a “girl thing,” it’s pretty much an everybody thing. Reason being, they have put together an action packed show with knights and jousting, mixed it with acrobatic horses, a princess, a king, a cool falcon, a wait staff that asks you to call them wench (it’s a little hot) and a meal that has no silverware! Yes, kids you get to eat with your hands, drink out of goblets, yell and cheer at the top of your lungs!!! 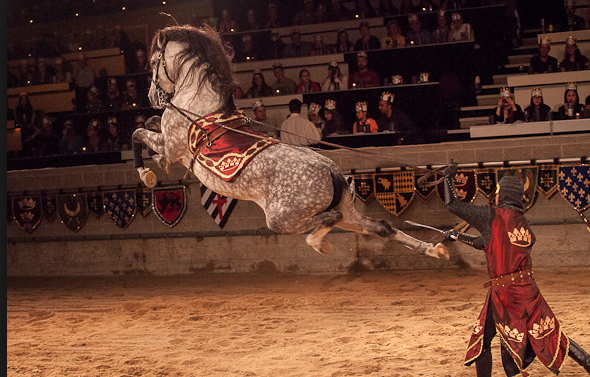 It’s an exciting show that keeps you entertained from the “dragon blood soup” (tomato) to the massive battle scenes between knights fighting it out in the ring, Medieval Times is a great escape from the harsh reality of Chicago Winter.

It’s a full meal, a action packed show that has violence, (not over the top scary, violence, just a lot of smacking of swords and jousting) horses rushing through the ring at break neck speeds, a fun story that gets the entire crowd involved and a great venue. There isn’t a bad seat in the house, up high, down low, on the sides, the setting is intimate enough to make everyone feel like they are part of the action. 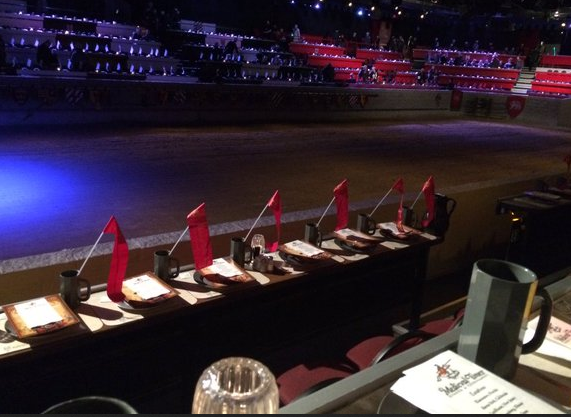 Prices for adults are $61.95 and $36.95 for kids under 12, and warning there is a lot of construction as you head out West on I90, all that being said, the experience of Medieval Times took a very grumpy family and put smiles on their faces, which is worth the price of admission. 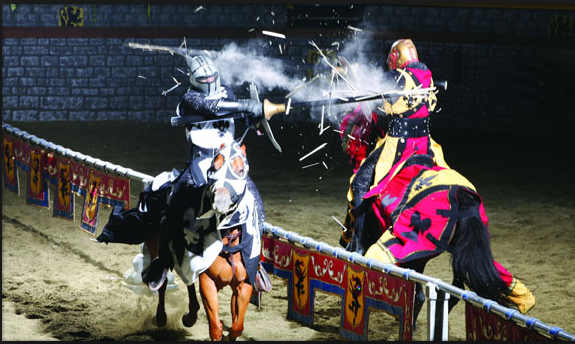 With temperatures dipping below zero…again, Medieval Times is a fantastic way to entertain your family, have a good meal, see a fun show and make a family memory. 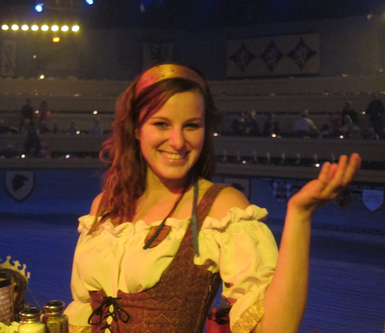 NOTE- While calling your waitress “wench” is cool at Medieval Times, I wouldn’t recommend trying at home with your wife, it doesn’t end well.