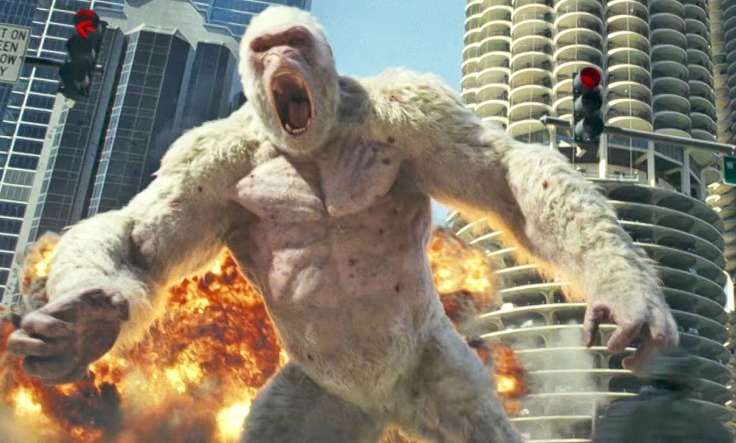 It’s easy to scoff at the premise of Rampage, Dwayne Johnson is a primate expert/former special forces soldier who has to save the world from out of control animals who have been infected by a serum that scientists developed in Chicago, but shot into space and then it came crashing down and now they’re on a Rampage! to destroy Chicago!!

Kind of like a billionaire little boy who is witness to his parents being murdered, runs away during the funeral, falls into a cave it attacked by bats, that somehow sends him on a crusade to take off to the mountains, train with crazy ninjas so he can come back and fight bad guys dressed like a bat.

Besides seeming silly on paper, Rampage is a fantastic action movie with all the fixings that make Dwayne Johnson one of the highest grossing actors in Hollywood. Yup, movies with The Rock in them make a lot of money, a lot!

Why? Because people want to have fun and be able to “turn it all off.” Hell the last thing before the feature begins is a reminder to “turn off your phones.” so you can escape, even if it’s just for two hours.  As loud and insane as Rampage is and it’s loud and insane, in the best way, it’s an escape from “everything else.” 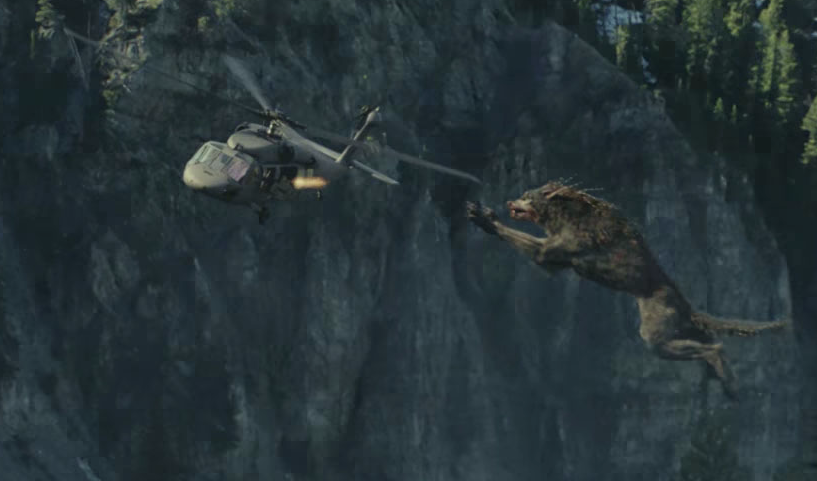 I was listening to WGN Radio and a snarky hipster radio Uber critic make fun of Rampage. He laughed at the dialogue, the unbelievable premise and how it was not his cup of organic, vegan, gluten free cup of tea. Though he did give it 3.5 beards or whatever his rating system is?

That’s the odd thing. You would think an Uber critic would understand, that “words matter.”  Not just snark. I had pre-purchased tickets to see Rampage with my nine year old son and his friends.  It started to make me re-think my decision.

While it is easy to make fun of Johnson from the comfort of a radio studio, hiding behind a flannel shirt and groovy goatee.  What would actually be refreshing is talking about the tradition of campy, fun, action filled movies that entertain us, make us scared, excited, nervous and happy.

Cheesy good guys, with goofy catch phrases are a part of the American cinematic history: I’ll be back, Make my day, Yippee Ki Yay motherf***er”, “Say hello to my little friend!, Hasta-la-vista baby!, You call that a knife?  Hi Ho Silver Away!!!

You get the idea. The Rock is continuing in a tradition of action hero’s that entertain us. There’s nothing wrong with that.

Oddly enough as hip as it is to make fun of Arnie, Sylvester, The Duke and yes, The Rock, without them and their films, Hollywood would come to a screeching and violent halt.  According to The Numbers web site, The Shape of Water, box office world wide $190 million dollars.  Jumanji- 950 million dollars, and that was as of January 2017.  The money that their movies rake in allow studios to take a chance on other “smart” films.

We went to see Rampage in 4D, which is about as immersive as it gets. As the seats shoot and strobes went off , the crowd of adults and kids all yelled, laughed, cheered and sat silent while the movie unfolded. When it was done, people clapped, with the same kind of applause the  “Uber critic” might clap for as he is presented with a new IPA.

Three Boards was great, Shape of Water, weird, but very good. Awesome movies to talk about at dinner parties or the coffee shop.

They were not fun, they didn’t make me want to cheer, yell and boo the bad guy. Despite what the millennial army complains about in their memes and Tweets, not every film has to be a life altering life lesson, that makes us want to march on Washington.

The proof is in the numbers and the numbers state that people want to escape to the movies for at least a little bit. We live in a time where everything seems to be under attack and everyone is upset or insulted by everything and everyone.

Rampage is a great escape that will leave you smiling and yes, if you need a “take away,” poaching is bad. There, now go march and destroy a Starbucks.

Parents- Beyond the snark.  It is a little scary, there is bad language and the gorilla likes to flip The Rock “the finger.” So really little kids might want to stay away, or get ready to cover their eyes and explain a few things.

Not a spoiler, but yes as in all of his movies The Rock saves the day. It’s how he saves the day is what draws in fans into movies like Rampage over and over again.

NOTE: This is not a paid review.  Though if The Rock wants to buy me a beer the next time he is in Chicago, maybe we can grab an IPA with the Uber Critic and talk about film.