The holiday season is in full swing, which means holiday commercials are bombarding us with images of happy people buying one brand or another as the smile and hug their way through idyllic holiday scenes.

After all what is the holidays without seeing how perfect they can be on TV in 30 second bursts. While there are some amazing commercials that grab our attention, warm our hearts and even get us to “buy,” there are others that fail on such a massive scale they are like a record scratch on our psyche.

So with our further delay, the help of the Ispot.tv and after a survey of a few people, here are the top five worst commercials of the 2017 holiday season and the best commercial as well.

5. Buick Enclave “Get Wrapped Up.” Engage M-1 Agency is to blame for this beauty. We see Greg sitting in his slacks and sweater in his leather chair by the fire, talking about how he enjoys the “finer things…..” record scratch. The guy looks like he is an extra from Risky Business who hasn’t quite upgraded his wardrobe.   Greg is a cheap knock off of the CarMax guy (Andy) in a sweater.

Yes, the “dude sitting by the fire in a leather chair look” was once very cool, but so was the three martini lunch and slapping your asst. on the bottom and calling her “doll.” Nostalgia is one thing, but falling back on a tired concept that was super tired 10 years ago is boring and lazy.  You would think the hipsters at  En-Gag Agency would have at least given him a beard to make it “relatable” and “authentic ” and all those other cool buzz words.  The good news is the season is almost over and Greg can go back to hawking Citibank, At&T and yes, Best Buy stuff (because we did our homework.)

4. Mastercard, Masterpass, featuring Kat Dennings and Joe Montana- Tracy Locke Agency and their super team are responsible for taking one of the greatest quarterbacks of all time and making it look like the CTE has finally caught up with him as he can’t help but destroy things when he hears the word “pass.”

I can hear the creatives talking as they sip their free range cold pressed kale juice.  “ We need to engage both young and old, how about we pair an actress from a CBC series with moderate ratings with an old NFL icon and make him look like he has brain damage!”

It’s Joe Montana! Tom Brady, be very scared, this could be your future!

Maybe the kids at Mastercard can show ol’ Joe buying adult diapers next and a stand up bathtub, then we can mix it with Sophia Bush (formery of Chicago PD)  as she cleans him off and smiles.

We get what they are trying to do, but it’s an incomplete pass.

3. Target- Secret Gifting Room, featuring Jaime Camil– I know we are living in a new world with new rules and I also know that Los Angeles is a different place. With that being said, I am not sure if anyone at the Deutsch Agency in Los Angeles has ever heard of the “stranger danger” thing? The idea of having a secret room in your house, where a man dressed in a tight suit who you have never met before is there to give you toys…. That is the scenario every “Officer Friendly” plays out at every school in America, but it’s a van and you are supposed to run as fast as possible away from that man.

I mean come on, don’t you trust and love the star of the upcoming film “Little Bitches.” Who wouldn’t want your kids locked in a room with this guy?

Rumor has it the folks at Target and Deutsch are reaching out to Roy Moore for a series of Valentine’s Day commercials targeted at teen aged girls.

2. Miss Dior, featuring Natalie Portman– Not only did she add to the stink that was the Star Wars 1-3 or 4-7, depending how you look at it, but now Natalie is making a Dior commercial truly stink.

Maybe the kids at Iconoclast (who BTW also get the award for the most pretentious name) can team up with the Track Locke Agency to try and top celebrity dysfunction next year, but this year ol’ Nat, has it in the bag.  Admittedly , when her stunt woman jumps off the bridge it’s a baller move…you know…for her stunt woman.  The rest of the ad makes us wonder if Natalie is off her meds as she yells, punches, kisses and freaks out on her??? What? Husband, boyfriend, personal assistant, Joe Montana?  Not sure.

Maybe the message is Dior will make you look like Natalie Portman but also crazy as hell, but you get to wear a pretty dress, so that’s cool.  Kristin Stewart and Charlize Theron should pitch in and get Natalie a Buick Enclave as a way of saying thank you for making us look cool in our perfume commercials.

1. As if there was any doubt to the commercial that has torn apart our grey matter more the 2017 honors go to Dilly Dilly and Wieden and Kennedy Agency.

Dilly Dilly is everywhere, everywhere, which is what you want as a brand.  It has all the relatable elements to “totally appeal” to the Millennial and Hipster crowd, beards, sarcasm, a hastagable catch phrase and ooooh, right hipsters, don’t drink Bud Light…they just don’t.  Mom’s do, blue collar guys named Doug, for sure, but the actual crowd they are shooting for, not so much.

Weiden Kennedy is a super fancy agency that costs a lot of money and somehow they sold Dilly Dilly as a multimillion dollar campaign to the guys at Bud Light, who were obviously enjoying their own product at the time.

They are trying to target a group who is fickle, hates pandering and moves onto the next thing quicker than you can say beard wax. But hey, just ask Anheuser-Busch InBev Chief Marketing Officer Miguel Patricio, what spending millions of dollars means? “Dilly Dilly” doesn’t mean anything. That’s the beauty of it. I think that we all need our moments of nonsense and fun. And I think that “Dilly Dilly,” in a way, represents that. A lot of people asked me, “How did you approve that?”

Yes, Dilly Dilly is now Dylan Dreyer’s new nickname, it will soon be hanging out with ummmm, Spuds McKenzie, The Whatttts’ Up guys and California Raisins in the Home for Super Annoying Commercials.  Enjoy the buzz while it lasts Dilly Dilly and say hello to Spuds for us. 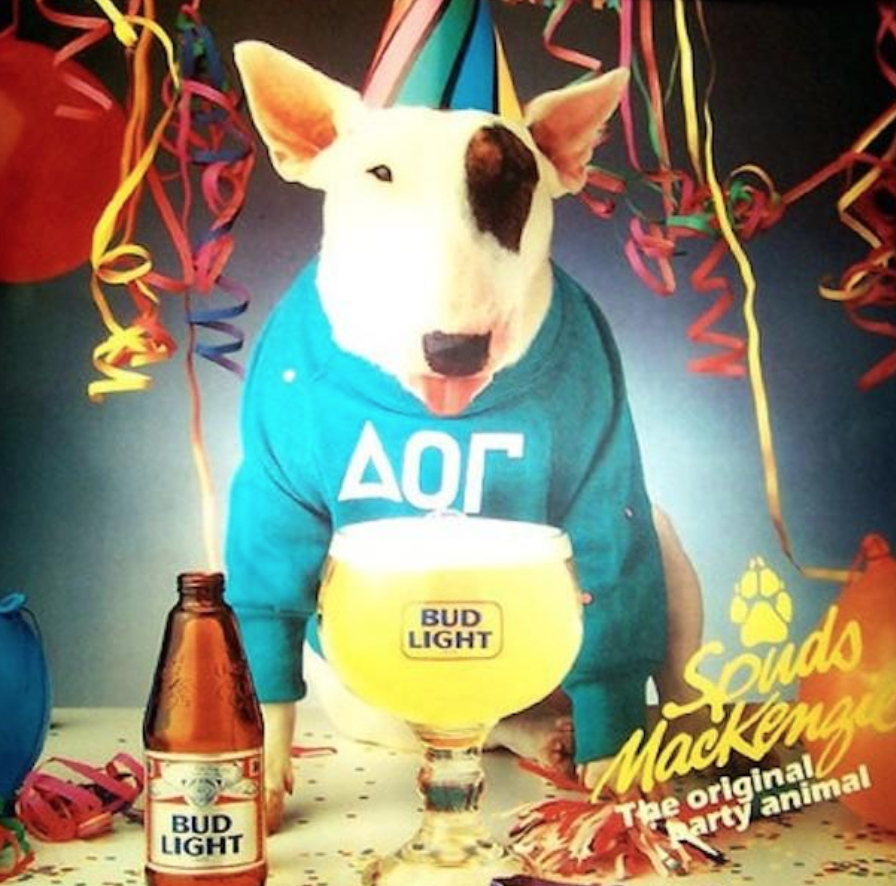 Not to leave on a negative note, we also picked our favorite commercial of the holiday season and it was even a surprise to us!

Walmart and their It’s Raining Men, Last Minute Holiday Shopping commercial, is our pick for best of the best in 2017.

Without saying a word, the commercial plays to the stereotype that men wait until the last minute to shop for the holidays and Walmart is ready.  It’s funny, well directed, well choreographed and even has a very funny. Smart moment where a mom enters the store and gets an odd look from the cashier.

They stay away from leaning into the stereo-type that dads are hapless slobs who only like Bid Light and feed the kids mac and cheese all day. These dads are clean looking, confident and get the job done.  Smart.

Even smarter is Wal-Mart produced this with their in-house agency!

With the tagline “Rock This Christmas” we see a montage of dads coming into Walmart, finding what they need and leaving happy.  No, campy fires, athletes with dementia or really mad divas, just music, good acting and a well crafted commercial.

As you head into your holiday break, we would love to hear your list.  Leave them in the comments below or on our Facebook page.