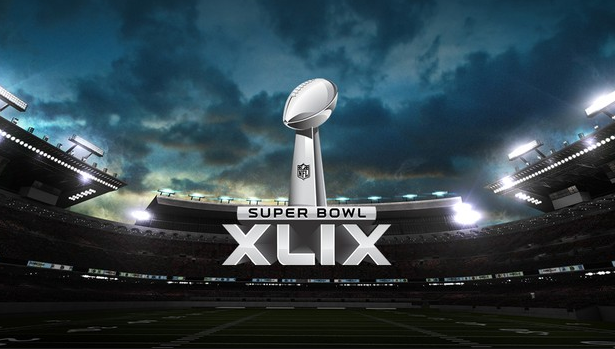 Sunday is the last day of football for many months and like it or not many, not all but most guys will be tuned into the Super Bowl to watch the Partiots and Seahawks battle it out.

Ladies, man-husbands, women-wives, significant others and the rest of you, for a football loving fan, this is “the big day.”  It doesn’t matter if they like either team or not, it’s Super Bowl 2014 and you need to understand that the person you love might change just a little bit.

Significant others, you need to understand this is the last great sporting event until March Madness and that’s so far away, it doesn’t conclude until April!

To put it into perspective, the Super Bowl is like The Bachelor Finale followed by Dancing With the Stars Finale with a What Not To Wear in the Middle, almost impossible to take your eyes off the screen annnd we have Kati Perry…eeek!

In an effort to keep the peace DAD put together The Super Bowl Oath.  This is an oath you can share as a promise that after the game, things will return to normal, until the next big game.

Okay, place your right hand on an alcoholic beverage or fatty snack and repeat after DAD:

I state your name–Love that gag. Just say your damn name!

I further understand that this is football and though I like it, to my significant other this is a special day. A day where well toned men, hit and smack into each other, grunting and sweating, tearing at one another like there is no tomorrow, over and over again, until they are totally spent.

Um, football is a little gay?

Amen and pass the cheese fries.

Super Bowl XXVLMOP something, blah, blah is here and it’s time to fry the food , bean the dip, crack open the coldies and know that  Monday morning we will wake to Olympic figure skating trials and some made up Redbull sport.  Drink it in! The rest of you relax, it will all be over in a day or two.  Cheese dip washes out of dog hair and chances are your kids will be asleep before things get really ugly.

Don’t drink and drive.  On Sunday sweet peppers are considered a vegetable only if they are on Italian Beef, Go Partiots??? I guess?

NOTE-The use of the word gay was approved by my gay board of friends and they are reallllly gay, so back the heck up:)